D-E-A-D Is a Four Letter Word: True Confessions on Coming to Terms with Mortality

Posted on 22 May 2016 by relationvulnerabilitylove2016

By Elizabeth O’Donnell Gandolfo, a repost

My children have been obsessed with death lately.  The older two are five and almost four, and their imaginary play has been focused an awful lot on scenarios that involve dramatic exclamations of  “I’m dead,” “I’m dying,” and “I killed you!”  The questions they ask about the world have come to include things like: When do you die? Can you die when you are zero, eleven, fifty-five, etc.?  Can you live to be 100?  After you die are you “with God to infinity and beyond?” When will you die?  I know that their curiosity is completely normal and, like Claire (whose August 2013 post, Backyard Life Lessons, inspired some of my own thinking on this subject), I do my best to respond to it with a level head and honest answers.  But I have to admit that all of this talk of death coming from the mouths of babes—my sweet, innocent babes—is just killing me!

It wasn’t always like this and I can’t help but long for the fleeting days when bugs and birds didn’t die, they were just sleeping; Scar didn’t kill Mufasa, he just made him go away; their grandfather (my father) was not dead, he was just living with Jesus; and their mommy and daddy and all of us were just going to live forever.  During my eldest daughter’s early years, I avoided saying anything at all about death or dying.  D-E-A-D really was a four letter word in our home.  And I was very good at censoring my vocabulary—I may have even spelled the word out in conversation with my husband rather than expose my daughter to its fearsome ring.  I’m not sure when or why it happened, but things have changed since those days of blissful ignorance, of course, and the younger children inevitably are being exposed to talk of death and dying at a much earlier age than their big sister—which is probably a good thing.  But my own feelings towards death and dying have only heightened in their level of discomfort and anxiety. 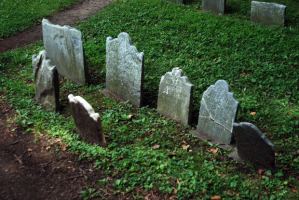 You see, becoming a mother to these heart-breakingly precious beings has made me more than a little uncomfortable with mortality.  I suppose that in my youth my own mortality and that of those I loved seemed very abstract, far off in the future, and not something to give a second thought.  But once I began having children, the truth of our mortal condition hit me like sucker punch to the gut (the kind that knocks the wind out of you and leaves you breathless).  I suppose that falling in love as deeply and irrevocably as I have with my children has heightened and deepened my awareness of the fragility and fleetingness of existence in general, and that of the lives of myself and my husband, our children, and other family members in particular.  My own mortality now scares me half to death, with my sentiments echoing those expressed very simply by ecologist Sandra Steingraber in Having Faith, a memoir of her pregnancy and early motherhood: “Now I cannot die.”  And neither can my husband.  These thoughts often cross my mind.  But when it comes to contemplating the possibility that something could happen to one of our kids—I don’t even go there.

I cope rather well with my newfound fears and anxieties—I am very skilled at blocking them out.  Not only am I am so busy and exhausted that it is not too hard to keep the thought of mortality at bay, I also have found myself strategically avoiding anything that might call to mind the contingency and fragility of my family’s existence.   I have begun to evade news stories, films, or books that involve violence or childhood death of any kind (just a bit strange for someone who is writing a theology of human vulnerability through the lens of maternal suffering).  In the aftermath of the Sandy Hook massacre, for example, I simply could not bear to read or listen to any accounts of the violence that took place, the analyses of the shooter’s motivations and psychological well-being, or—worst of all—the stories of the children who were killed.  Similarly, while I was once a passionate crusader for social and economic justice, I no longer even allow myself to be confronted with the human face of what Gustavo Gutiérrez calls the “early and unjust death” that erases tens of thousands of children (and adults) from existence on a daily basis.  I put all of this out of my mind and heart with great skill, but the prevalence of death and dying in my kids’ imaginative play and curious questions keeps bringing my discomfort with our own mortality more and more to the foreground of my mind and heart.  I think the time has come for some spiritual reckoning with the big “D.”

It seems to me that my real problem is NOT that I can’t bear to contemplate the fact that I or my children could suffer and die prematurely.  This is completely normal and healthy – who wants to think about the possibility of leaving or losing our loved ones?  And how could one possibly “come to terms with” such loss preemptively?  The real problem, rather, is my avoidance of others’ suffering because I psychologically project myself and my family into the horrific situation, which just causes me too much pain.  This evasion of suffering has locked me into a selfish mode of being, in which my discomfort with death due to my passionate love for my husband and children is all that matters.  I have been operating under what I know intellectually to be an illusion—that the blissful comfort of my intact relationship with my nearest and dearest is more important than compassion for the suffering of other human beings (and creation, for that matter).  I have anesthetized myself to suffering and have thus blocked the divine power of compassion that might emerge from a genuine encounter with others as others on their own terms and not as placeholders for what, God forbid, could have happened or might one day happen to my family and me.

Perhaps this is where I ought to begin, then, with a renewed sensitivity to the suffering and mortality of those beyond my own kith and kin.  The life of every human being is as valuable and precious as the lives of my own beloved children.  Contemplating and acting with compassion for the vulnerability and mortality of others is a first step towards coming to terms with my own vulnerability and mortality, along with that of my family.  Compassion for others is not, of course, a means to this personal end.  Rather, it is the end, in itself, of a truly human life lived in communion with the divine pathos for a suffering world.

This entry was posted in Liz Gandolfo, Vulnerability. Bookmark the permalink.